Stefan Bauernschuster from the University of Passau and Christian Traxler from the Hertie School argue that a speed limit would not only lead to fewer deaths and injuries, but also has positive effects for those living in the vicinity of highways. By Economists from Passau and Berlin

Germany is well-known for its Autobahn, where vast stretches of highway are without speed limits, much to the delight of those with a need for speed. Compared internationally, German highways are not considered particularly safe. A broad international literature shows that excessive speed is by far the most frequent cause of fatal accidents. New research, using existing data and studies, suggests that there are also considerable consequences for those off the road.

Stefan Bauernschuster, Chair of Public Economics at the University of Passau, and Christian Traxler, Professor of Economics at the Hertie School in Berlin, argue that the introduction of a speed limit would not only reduce the number of people killed and injured in traffic accidents, but would also lead to better health outcomes for millions of people living in their vicinity, in a new article for the journal Perspektiven der Wirtschaftspolitik

How do political measures influence decisions made by individuals and families?

How do political measures influence decisions made by individuals and families?

Professor Stefan Bauernschuster has held the Chair of Public Economics of the University of Passau since 2013. Moreover, he is a research professor at the ifo Institute in Munich, CESifo Affiliate and a member of the Social Policy Committee of the German Economic Association. He is also one of the principal investigators of the DFG Research Training Group 2720.

The arguments in favour of a speed limit, according to Bauernschuster and Traxler, are numerous.

In their paper, the authors use small-scale geographic grid data from RWI-Essen to calculate that 14.9 million people in Germany live within a two-kilometer radius of the nearest stretch of highway without a speed limit. "A considerable part of the population could directly benefit from a decrease in emissions," the economists write. The authors cite many empirical studies that show the negative effects of air pollution from vehicle emissions on health outcomes, especially among children and the elderly.

Emissions of pollutants increase disproportionately at high speeds; a speed limit could be beneficial to health by reducing air pollution. "Studies from the U.S. even come to the conclusion that the health effects of a speed limit, through a decrease in emissions, could be as significant as those through increased traffic safety," says Bauernschuster. Such research, however, hardly plays a role in the current debate around introducing speed limits in Germany, the researchers criticize.

A speed limit would also have a non-negligible effect on CO2 emissions from car traffic, which have risen over the last 25 years. According to calculations from the German Federal Environment Agency, which the authors cite in their study, a speed limit of 130 kilometers per hour would reduce CO2 emissions equivalent to a 13 percent reduction in car traffic in cities.

Electric cars, which are currently at a disadvantage at high speeds compared to internal combustion vehicles, could also become more attractive with the introduction of limits. Not to mention that a decrease in the variance and average of speeds would significantly facilitate the development of autonomous driving.

Time lost for some, but time gained for many

The researchers also show benefits for those who are not considered high-speed commuters on highways. Indeed, they argue that a general speed limit would save time for many drivers. The reduction in accident-related traffic jams, closures and detours would result in clearly calculable time gains. The economists argue that these time gains would, to a large extent, compensate for the time lost by those who only rarely travel with a speed above 130 mph.

Despite this new comprehensive overview, Bauernschuster and Traxler highlight a scarcity of high-quality traffic data in Germany. For example, there is no representative, up-to-date data on speed on highways. The last systematic evaluation study on speed limits was commissioned more than 45 years ago by the Federal Ministry of Transport.

Bauernschuster and Traxler call on the Federal Ministry of Transport to support "more evidence-based transport policy". This could calm the often emotional debate about the introduction of a nation-wide speed limit in Germany. In their paper, they propose a pilot project on the speed limit that is scientifically accompanied from the outset. 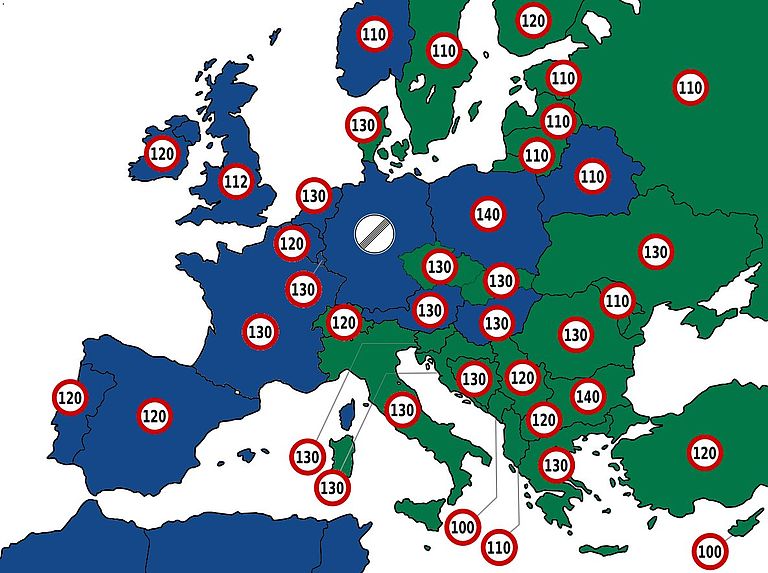 In a study appearing in the February 2017 issue of the American Economic Journal: Economic Policy, researchers Stefan Bauernschuster, Timo Hener, and Helmut Rainer studied 71 transit strikes across five major German cities. They found that strikes can lead to some serious health problems for a city’s residents. Video: American Economic Association

Early career economists are gauging which households in Germany are particularly hard hit by energy poverty and what it takes to get people to accept unpopular but expedient measures to address the climate crisis.

The Research Training Group "Digital Platform Ecosystems" will be the University’s pivotal hub for leading-edge, international, and interdisciplinary research and advanced academic qualifications around a central phenomenon of the digital economy.